Seismoacoustic insights from the May 22nd, 2016 Iliamna volcano rock and ice avalanche 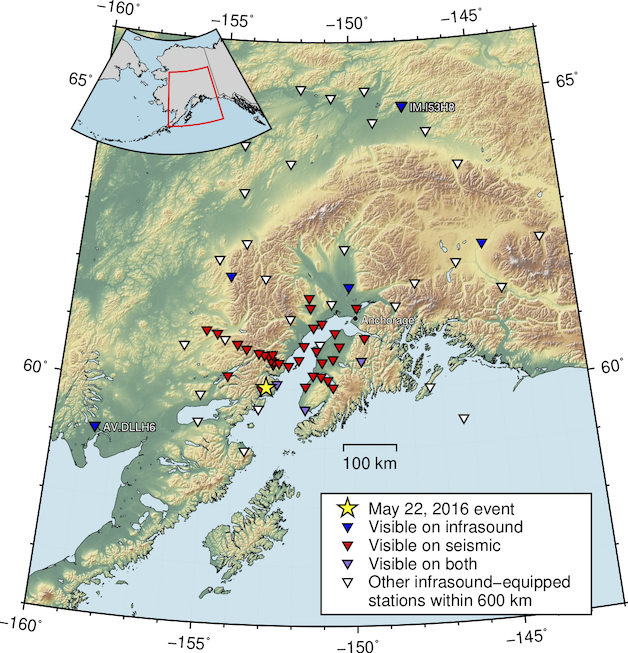 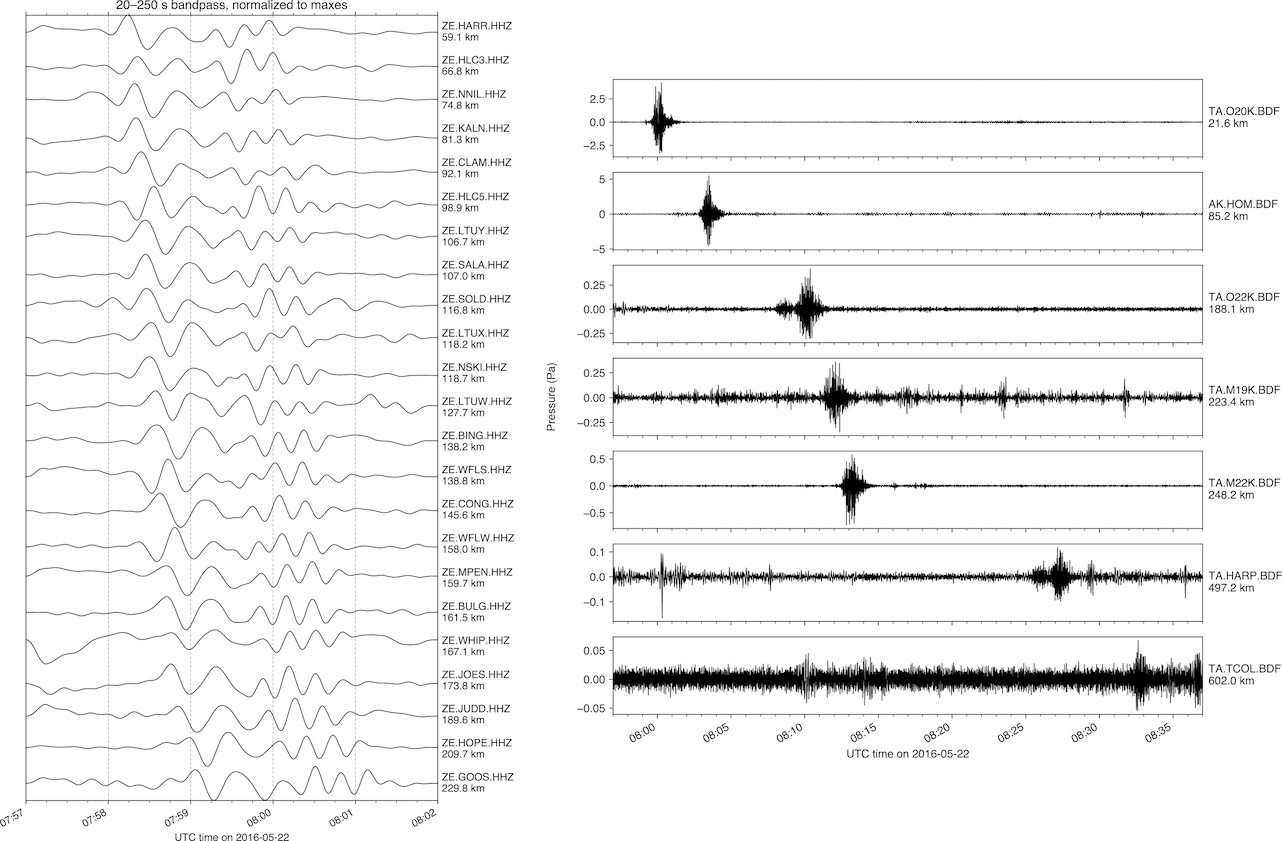 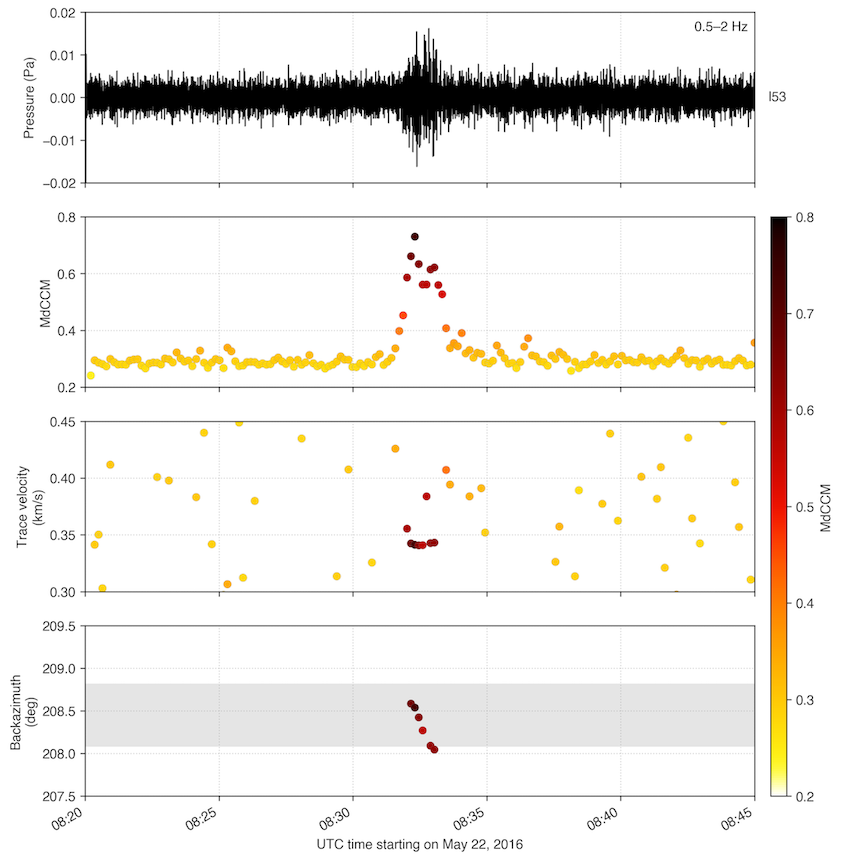 Infrasound array processing results for the Fairbanks array (I53US). The range of true backazimuths defined by the avalanche path is shown as a shaded gray region. 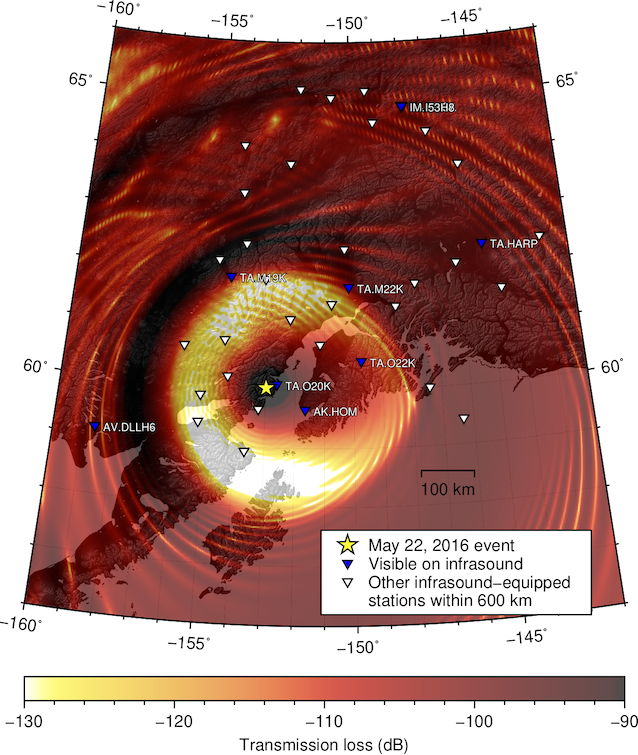 Landslides occur around the world and can have devastating impacts in populated areas. Seismoacoustic signals produced by these hazardous events may permit quick landslide location and characterization, even when they occur in remote regions. Such information could enable a more rapid and effective emergency response. This project involves the joint application of seismic and infrasound techniques to characterize a large rock and ice avalanche which occurred on Iliamna volcano, Alaska on May 22nd, 2016. Iliamna is a glacier-mantled composite stratovolcano located ~200 km from Anchorage, Alaska. The subglacial rocks near its summit are weakened by hydrothermal activity, resulting in sporadic catastrophic avalanches. Seismic signals from the May 22nd event were observed out to ~230 km on more than 20 stations in the region. The event also produced energetic acoustic signals recorded on at least 10 stations, including two arrays and six EarthScope Transportable Array (TA) stations. Ongoing analyses for this project include:

We can relate the results of these analyses to independent information derived from remote sensing and land-based imagery. We aim for these analyses to eventually be useful in an operational real-time monitoring context.