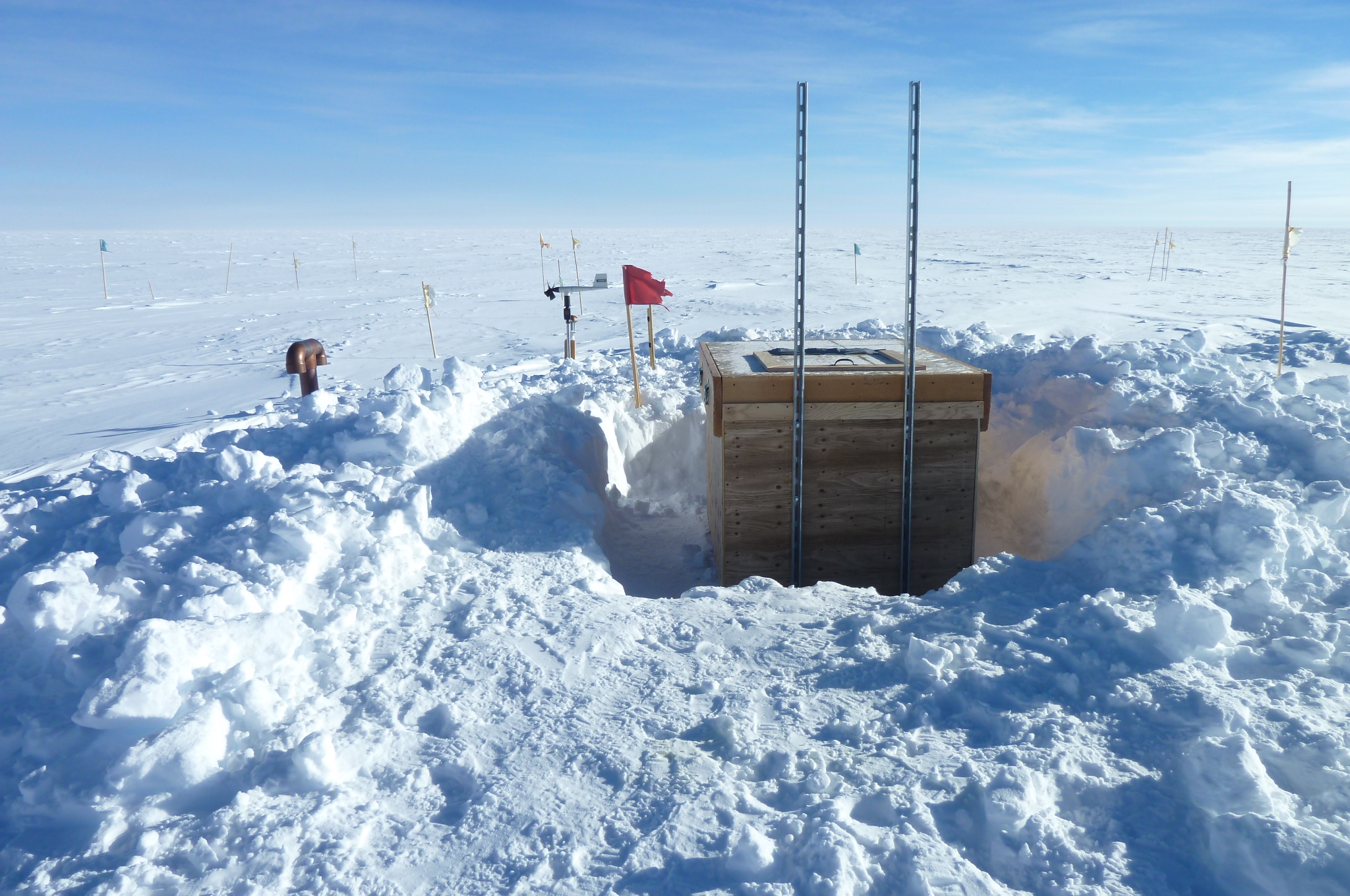 The seismometer at QSPA is installed in a 300m deep borehole drilled into the ice at the South Pole Remote Earth Science and Seismology Observatory. The site was installed during the antarctic summer of 2002, the construction of which involved drilling a 30cm-diameter borehole and constructing a heated electronics vault to house the station hardware. This site replaced the seismic station SPA that had been located directly at the Amundsen-Scott South Pole Base. It forms part of the Global Seismic Network, and the equipment is managed by the U.S. Geological Survey’s Albuquerque Seismic Lab.