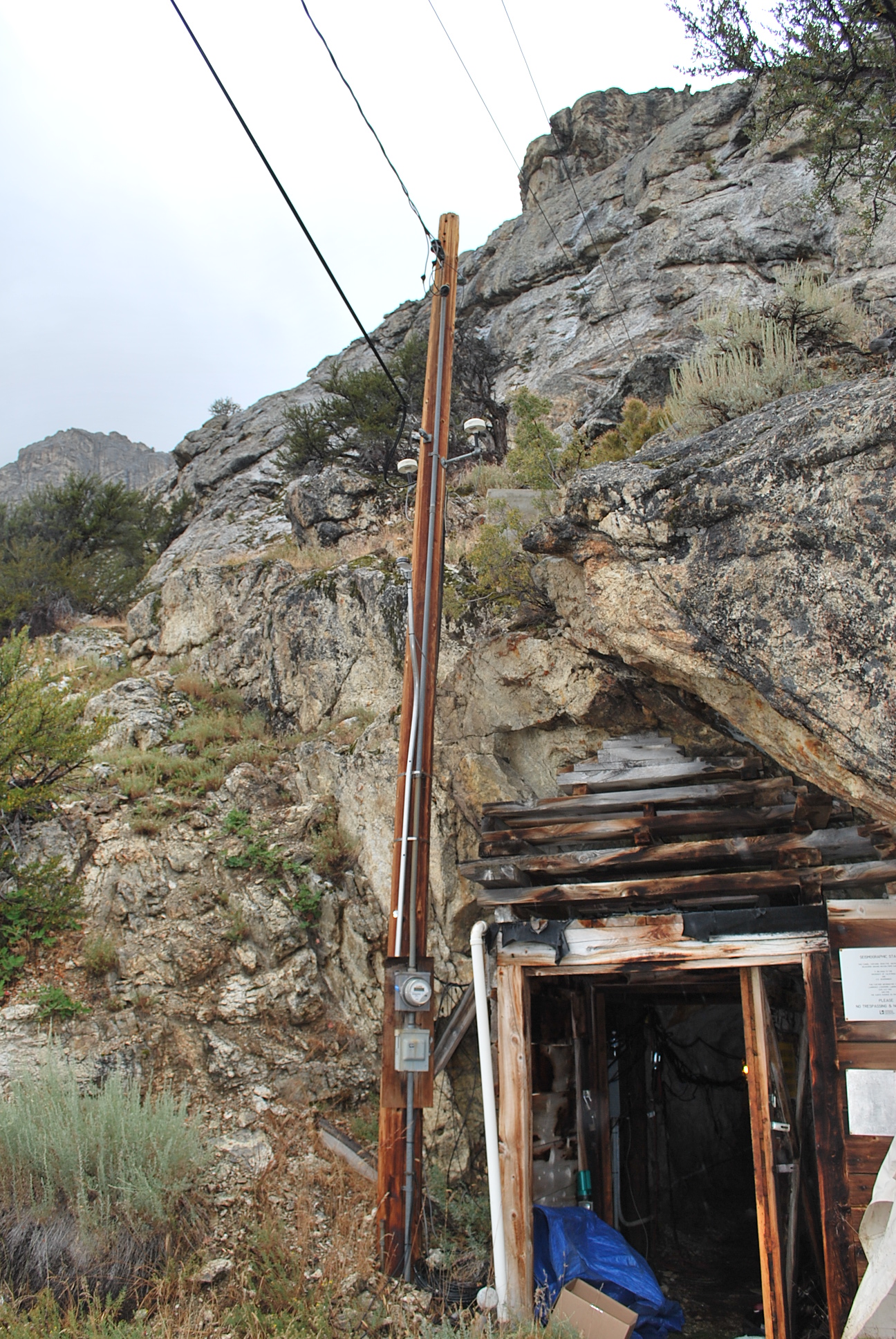 The seismometer at ELK is installed in a granite tunnel in the Ruby Mountains approximately 28 miles from the town of Elko, NV. The tunnel was dug by the Atomic Energy Commission and Lawrence Livermore National Laboratory in 1969. The site became part of the United States National Seismic Network in 1994, and was adopted as a station in the International Monitoring system in 2005. Its location 30m inside a tunnel means that the minimum site noise approaches the USGS Low Noise Model over a wide part of the spectrum.