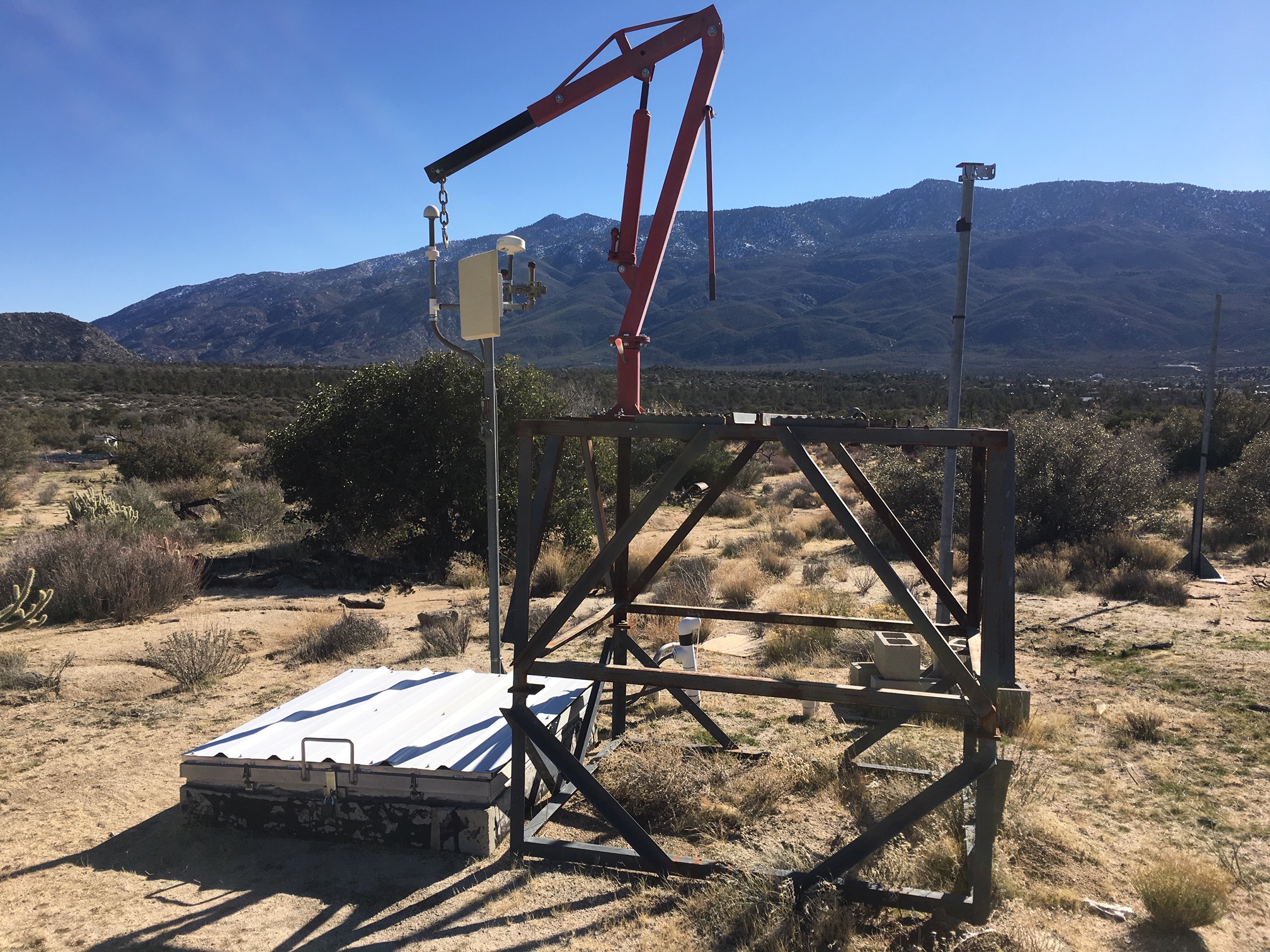 A single broadband seismometer at the University of California San Diego’s Piñon Flat Observatory in southern California. Located in the high desert between the seismically active San Andreas and San Jacinto faults in southern California, the PFO seismic station has been in operation since 1986 when it was installed as part of the Global Seismic Network run by the US Geological Survey and IRIS. It was incorporated into the International Monitoring System in 2001, and is colocated with the I57US infrasound array. The equipment is is maintained by the Laboratory for Atmospheric Acoustics at Scripps Institute of Oceanography, located at the University of California San Diego.